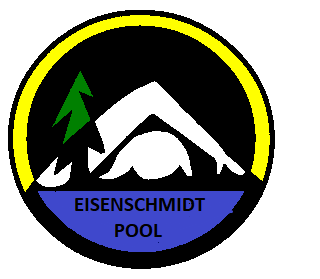 The mission of the Greater St. Helens Aquatic District is to provide and promote safe, convenient, affordable and diverse facilities with programs for people of all ages.

Eisenschmidt pool was built in 1939 during the Great Depression as part of the WPA (Work Projects Administration), a relief program aimed at getting unemployed people back to work by having them work on a wide variety of projects. The Eisenschmidt pool is one of eight functioning WPA pools left in the U.S.

The pool was originally developed as a life-saving measure for residents of St. Helens, after three drownings occurred in the Columbia River in the summer of 1936.

Earlier than 1920, Herb Eisenschmidt began swimming in the Columbia and Willamette Rivers, according to an article written by him. He continued to swim all over the Northwest and Jantzen Beach. He swam for OSU and graduated in 1934 and remained a coach there for two years.

He continued his career as the head of the St. Helens Physical Education Department at the Senior High School and also as the Manager and Aquatics Director of the new outdoor pool. He remained in that position for 33 years. Herb retired from teaching in 1972. In 1978 he began competing in the Masters Swimming program after 42 years of no competition. In March of 1981, the Booster Club presented a plaque to Herb for his years of service to the athletic and swimming program. The St. Helens School Board stated that the swim pool would now be known as the EISENSCHMIDT SWIM POOL. He and his wife, Alta, received life-time passes to the pool. Herb passed away in 1996 at the age of 89.